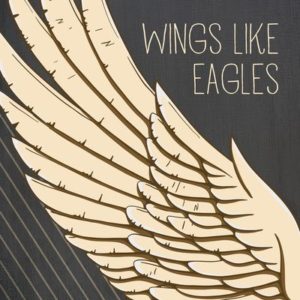 This past fall my Men’s Bible Study did a study entitled, Be Strong. It was a great study, unpacking the resources God has put at our disposal in order for us as Christ followers to Be Strong.

In preparing for this series, I wanted to hit on some of the verses where God encourages his people to be strong in the Lord. But specifically, I wanted to unpack Isaiah 40:28-31, as I know that there are times where we are completely exhausted, or in need of hope and we need to remember the promise of Isaiah 40:31,  so we don’t lose heart and give up.

Isaiah 40 marks the beginning of a new section in the book of Isaiah. It is the first chapter which looks beyond the captivity of Israel to the brightness of the future God has in store for the nation of Israel. The Israelite’s are waiting for the Lord to fulfill His promise of deliverance. They longed for, and looked forward with hope the completion of His covenant. And in the midst of this anticipated hope, God instructs them to wait upon Him. To believe His Word; to stand upon His promise; to hope in His faithfulness. and to expect good things from His hand.

We all get tired. We all get weary at times. But I am especially comforted by the fact that Isaiah says that even even young men, athletes and soldiers, grow weary and become fatigued. There is a limit to all human endurance. That even the strength, stamina and agility normally associated with youth even proves insufficient. Exhaustion causes them to stumble and in weariness they fall. Even the strongest can only go so far.

But in our weariness, the promise is that we can  soar on wings like eagles. In other words, we can rise effortlessly. If you have watched any film footage of eagles, you know they soar with the greatest of ease. Those who study them, tell us they are masters of wind currents. Eagles do not rise to dizzying heights by constantly flapping their wings. It is not an feat of endurance. Instead they perform this act by depending on a source other than themselves. They ride the wind. They catch the currents. They use thermals.

For eagles, distance or duration is not a problem. Like the Energizer Bunny they go on and on and on and on and on. And this the difference between relying on our own efforts and trusting in the Lord’s strength. The point of this chapter is to encourage us to trust in and count on the strength of God, the power of the Creator, the joy of the Lord.

In the text we are asked, “Do you not know? Have you not heard? Has it not been told you from the beginning? Have you not understood since the earth was founded?” (40:21, 28). These are rhetorical questions aimed at reminding us of the things we have always known about God. He is the all-powerful Creator; He raises and dethrones world rulers; He knows all about every one of us. He knows everything we face. And He cares! As it says in the text, God will not grow tired or weary, and His understanding no one can fathom. He gives strength to the weary and increases the power of the weak. (Is. 40:28-29).

The choice is ours. We can flap or we can soar.

Maybe you need these promising words today. You have run the gamut. Your strength is gone or nearly gone. You are stumbling, or maybe you have even fallen. If that’s the case, here’s the instruction. Wait on the Lord. Trust Him. Reach out to Him. Believe. He will renew your strength. 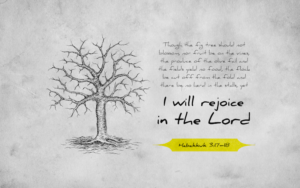 I Will Rejoice in the Lord! 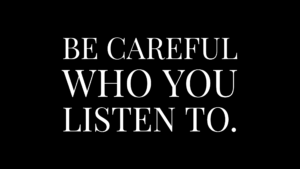 Who Do You Listen To?

Back in December, Jennifer and I were discussing following the example of our new Senior Co-Campus Pastor James Powell and his wife Brittany and coming

We Live By Faith, Not By Sight

I’ve been prayerfully thinking through how to respond to the recent outbreak of COVID-19 around the world. I have gotten questions about upcoming missions trips

PrevPreviousLife is Too Short to Go It Alone
NextChristmas TraditionsNext